What next for interest rates? 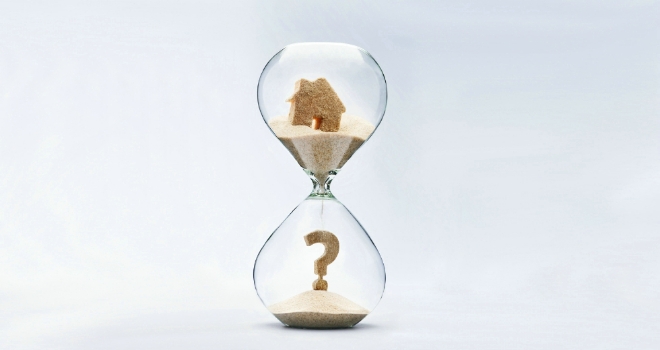 The Bank of England’s MPC decision to increase BBR back up to 0.5% was widely trumpeted to such an extent that there was no shock when the decision was made. Many had been wondering at what stage the MPC would reverse last August’s decision to cut rates, and I suspect the only surprise was around just how long that 0.25% BBR remained in place.

The fact that it’s now gone back up to 0.5%, where it has pretty much been for the last eight years or so, means that in a sense we’re in no different space to that which we were pre-EU referendum. Or are we? Because having decided not to be the ‘unreliable boyfriend’ this time, does it make the decision to raise rates again that much easier? After all, was this rate rise actually the result of the economic data, particularly rising inflation – it’s been beyond the 2% mark for some time – or was it simply to send a message to those who might think rates will stay low for ever and therefore taking on more debt is not an issue.

I think there’s a lot to be said for that view – Governor Mark Carney was warmly congratulated when he stepped into a political and economic vacuum after the Brexit vote, and did much (in my view) to provide some badly-needed stability. However, certainly this year there has been a suggestion that the Bank acted too quickly and that the anticipated damage to the UK economy hasn’t really appeared to justify it. Which, of course, is not to say that it won’t; indeed, as the Brexit negotiations continue the chances of that all important ‘no deal’ appear to get more and more, with the impact of such a result not likely to be positive. Far from it.

So, was the MPC looking for an opportunity to reverse last year’s decision and send that all-important signal? I suspect so. But, what does it really mean for our market? Well, at this stage perhaps very little. I read today that the BBR move has resulted in all sub-1% tracker deals being removed from the market – forgive me, but I hardly think this is going to result in the collapse of the UK mortgage industry and send shivers down the spines of new and existing borrowers. After all, how many borrowers could have secured access to such deals, or indeed wanted to, anyway? Not many.

Look at the rates on offer to borrowers, particularly in the remortgage market to those with 40%-plus levels of equity, and you’ll see that – affordability permitting – the market is still highly competitive, with rates not much above 1% on offer. Competition amongst lenders is still keen to say the least; again, in that sweet spot for the ‘Big 6’ who are looking for lower-risk/vanilla-type cases, borrowers who qualify still have the opportunity to secure very attractive rates. Indeed, as we come to the end of the year and lender targets rear their ‘ugly head’, lenders in this space are not going to pull back in terms of rates until those targets are hit.

Also, in the more ‘specialist’ space we’re seeing opportunities for certain borrower types in a greater abundance than we’ve seen post-Crunch. There are now a great many lenders – the likes of Pepper Money, Vida, Precise, TML, and the like – who appear to be pushing into the credit-impaired space with some vigour. Those borrowers who can’t make the high-street lenders’ credit scores for various reasons now find themselves with a lot more product opportunity, and some keen rates, especially if, for instance, any credit blip they received was a number of years ago. Also, for the self-employed there is a much greater degree of flexibility breaking into the market with lenders willing to accept just one year’s accounts, plus again levels of CCJs/arrears accepted are way beyond what we would have thought achievable in the immediate period post-Crunch.

Rates further up the risk curve are hardly eye-watering either, and there are plenty of indications from these lenders that they might be willing to go higher still, although you might wonder how the regulator would feel about this. The fact is however that while there are clearly large numbers of ‘mortgage prisoners’ currently sitting on SVRs and unable to move despite the fact they’d be paying less – a travesty that should really be addressed – those who can prove affordability (even with credit blips) now have a far bigger choice of products to choose from.

So, what happens next for rates? Well, as always, pricing tends to have way more to do with swap rates and the credit markets, than BBR, and these have been going up. In sectors like buy-to-let, the market has been told to expect rising rates because of this; even with lender competition average rates are likely to inch up across the board. That said, any comparison with the last 25 years or so, would still tell you that rates are still historically low, BBR is unlikely to move much again over the next couple of years, and borrowers (rather than savers) will be the beneficiaries of this. That’s providing, of course, they can pass the tightened criteria and affordability – if they can, then the mortgage pickings will remain rich for some time to come.